Finally got my 2009 EP “St. Joseph Street” back up on iTunes. I rarely (basically never) listen to my older tunes, but it was fun going back and checking out the tracks. Would I do some things differently now than I did when I made the EP? Absolutely, but I still like the music and appreciate all of the help the musicians gave me in making the album. 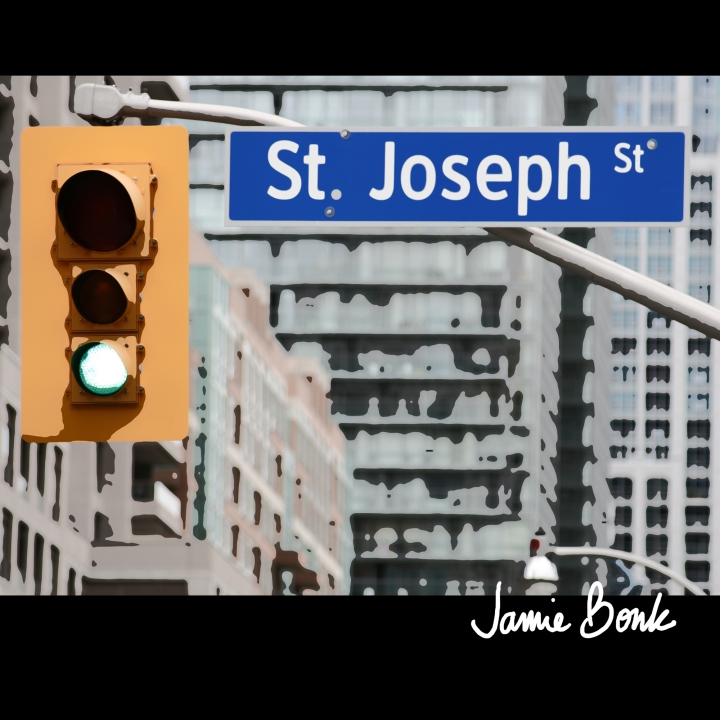 I’m currently #27 on the Smooth Jazz chart and #2 on the New Age chart @ SmoothJazzNow.com.

Please tune in to SmoothJazzNow.com tomorrow (Thursday, December 3) at 9 AM (Mountain Time) to hear my interview with John Beaudin.

A huge thanks to producer Donna Savoy for adding 22(!) of my tracks to the Not Too Smooth Jazz playlist!

I’ve had lots of great comments about the musicians on my new EP, St. Joseph Street — truthfully, the album wouldn’t have been possible without their input. I’m incredibly happy with all of the performances and hope to work with Wendy, Peter, Bill, Dave and Henrik again soon! So here’s a little background on all of the St. Joseph Street players:

Bill is a jazz and Latin flute specialist based in Toronto, Ontario. He has studied with distinguished Canadian flutist and composer, Robert Aitken, and Cuban charanga legend, Richard Egues. Bill is known for his exceptional technique on the entire family of flutes – from bass flute to piccolo. He is also recognized as an accomplished improviser – notably in the bebop, swing and Latin idioms – as illustrated by his recordings as a sideman with the likes of Junior Mance, Irakere, Memo Acevedo, Cache and Emilie-Claire Barlow. He has produced two Extreme Flute projects and, in addition, two straight-ahead acoustic jazz recordings under his own name, Nature Boy, (featuring The Mark Eisenman Trio) and Paco Paco (with Bernie Senensky) which have both entered in JazzFM91’s Top 40 line-ups as well as being in the spin cycle of Bob Parlocha’s widely syndicated jazz radio show in the U.S. He has also been declared a winner at the USA National Flute Association’s Jazz Flute Masterclass Competition, chosen Flutist of the Year by the Jazz Report Awards and, more recently, nominated as Instrumentalist of the Year (for flute) and Album of the Year (for Paco Paco) at the National Jazz Awards. Also, Bill has been recruited by no less than Sir James Galway to serve as his Resident Jazz Flute Specialist at the official Sir James Galway web site.

Bassist Henrik Bridger is well versed in a variety of musical styles. His diverse tastes have inspired him to explore all kinds of music, both as a player and a composer. Henrik began playing bass at the age of 11 in Sweden and joined a rock band as a teenager. He was introduced to fusion and jazz styles at Sundsgårdens Folkhögskola in Helsingborg, Sweden, and eventually ended up studying Jazz Performance at the prestigious Berklee College of Music in Boston where he received his degree in 1995. Henrik’s performances have taken him all over the world. With rock band Beyond Logic, Henrik toured the Western United States and Scandinavia. He has toured Japan with his own trio and with Makoto Takenaka’s Big Band and Quartet. Henrik has released two CDs, the Bridger-Jones Duo and the Bridger-Jones Trio, and is a featured player on many other artists’ albums, including Barbara Jones’ 2007 release, Live at Pickman Hall. Henrik can be heard on guitarist Peter Janson’s award-winning album, Beautiful Day, and toured with Janson throughout the U.S. and Canada to promote the release. Since relocating to the San Francisco Bay Area in 2006, Henrik has performed with a wide array of artists representing many genres of music. He is currently the bassist for the Theresa Perez Band, the James Riddle Band, Vudustu, and the Bridger-Jones Trio. He is also working on a recording project of original music with pianist Barbara Jones; the album is scheduled to be released in late 2009. The project features saxophonist Eric Marienthal, guitarist Jamie Bonk and many others. Henrik is also a luthier who builds his own line of electric fretted and fretless basses.

Peter A.P. Zakarow is a musician, writer and producer from Toronto, Canada. He started playing drums at 3, and followed with a decade of piano instruction. He has travelled in various bands across Canada playing different genres and different instruments. In 1999 Peter released his first full album, under the artist name Zak Peters, called Turning Point. On it Peter composed all of the music and lyrics, as well as played all instruments and performed all vocals on the album. Some of Peter’s highlights have included playing drums in various jazz ensembles, including playing with legendary Canadian jazz artist Haygood Hardy and various members of Tribal Unit and Manteca. On the rock side, Peter was able to perform the Rush catalog of his childhood drumming idol Neil Peart before Peter hit his teenage years and also has dedicated much time to becoming a strong guitarist and bassist, with a focus on instrumental and progressive rock. Music is a passion for Peter, who spends his days as a senior executive for the largest global Technology company, chairing a quasi-judicial body for the Government of Ontario, and dedicating much time to charity and his passion for cooking, photography, and sports. Peter’s music can be found online at http://www.zakpeters.com or on iTunes.

At long, long last I’ve finished off my new EP!! It’s called St. Joseph Street (named after the street I’ve lived on for the last 20 years), and it features some fantastic performances from: Bill McBirnie (Flute), Henrik Bridger (Bass), Dave Patel (Drums), Wendy Irvine (Vocals) and Peter A. P. Zakarow (Drums). I’ll post more info about the record in the coming days… In the meantime, here’s a sneak peek of St. Joseph Street:

I'm a guitarist/composer and I have released seven LP's, two EP's, and three singles of my own recordings. Just about every day you can find me in my studio writing, recording and practicing.